Wassim Gharbi ’19 is not a newbie to hackathons. As the name’s blend suggests, a hackathon is a marathon of exploratory programming, or “hacking,” that culminates in the creation of a working prototype of a hardware or software project.

With his fellow computer science majors, Wassim went to Brown last year for a data-science-focused hackathon where officials at Brown supplied data the team used to create applications that would analyze or visualize it. 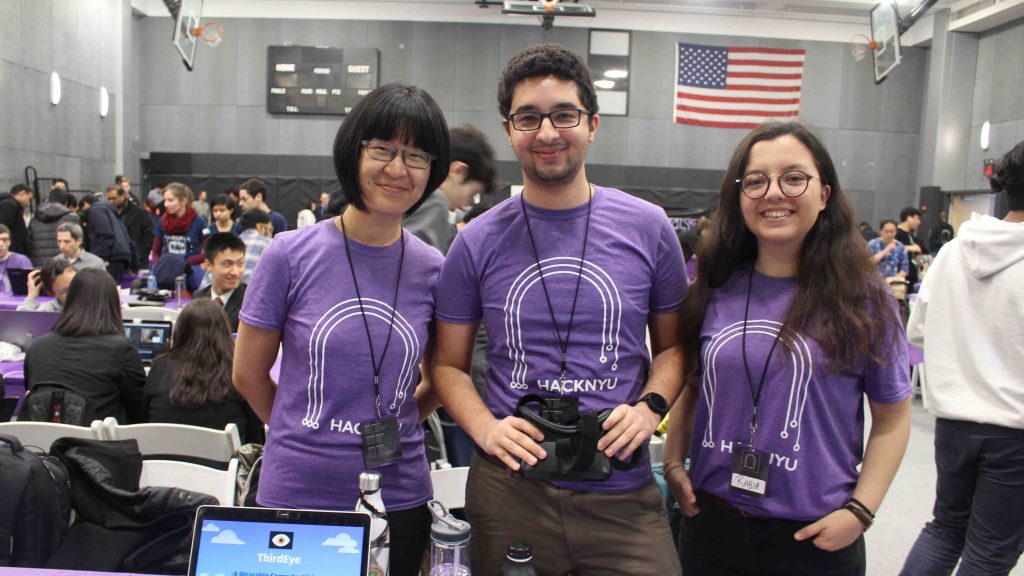 Last fall, Gharbi was at University of Pennsylvania along with teammates Zurabi Mestiashvili ’20 and Erik Laucks ’20, where they developed Apperture, a photo-sharing app that has now evolved into a start-up the team pitched at the Business Plan Competition held by Lafayette’s Dyer Center for Innovation and Entrepreneurship.

At HackNYU, Gharbi was joined by first-time hackers Danhui Zhang ’18 and Rabia Demirelli ’21, and Dyer Center Director Yusuf Dahl. They had 43 hours to develop an idea of their choosing. Their first selection had to be their track: Would their product be education, health, or accessibility focused?

They decided to pursue ideas on both the accessibility as well as education track.

“Our goal was to see how hackathons are organized in the hopes of offering one in the future at Lafayette,” says Gharbi. “… and to have some fun.”

Sure, there were formalities for the trio with welcoming ceremonies, guest companies, and workshops, but they had work to do.

While Zhang and Demirelli worked on an app to help students select classes, Gharbi focused on his project, a computer-powered vision assistant for the blind. He had brought a $10 virtual reality headset with him and came up the idea while driving into the city.

That idea was simple: develop an app that can detect faces, read text, describe what is being looked at, and scan barcodes to assist the blind with simple daily tasks. The app ran on a regular smartphone placed inside VR goggles.

“I see a working prototype as a finish line, and you just block time off your weekend and work on it,” he says.

He did finish, opening The New York Times on his laptop, donning the goggles, and listening as the phone read the headline and opening paragraph. He then scanned the UPC on a lip balm to hear about the product and its cost.

If you are finding this amazing, then consider that Gharbi might not be like the rest. His website is chock full of stuff he’s developed—touch-screen tools, websites, wearable technology, logos, and apps. He interned at Google last summer in California and will join it again this summer in New York City. 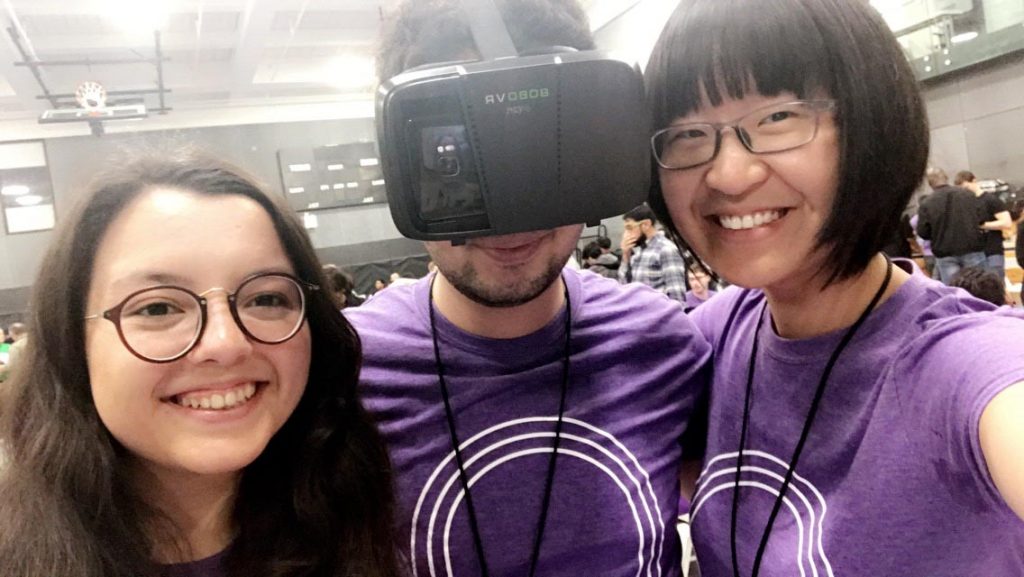 The judges at HackNYU liked his VR goggles, a product he branded Third Eye. But praise isn’t what he seeks. He wants to help people.

“I know the technology exists, but I want to keep working on Third Eye,” he says. “Existing technology costs thousands, and what I made required a cheap VR headset and a phone.” He knows he needs to make the product more reliable, less bulky, and not requiring Wi-Fi.

No doubt he’ll get there. When is the question, since he is already working on other projects, like a revamped recreation services app for the College.

As for bringing a hackathon back to campus, well, the three team members got some great ideas and approaches.

Now they just need more folks to see the potential. Wait, I’m sure Gharbi can develop an app for that.