Growing up as a Chinese immigrant on the streets of West Philadelphia in the 1950s, Robert Sun learned early that his strong math skills helped him navigate the taunts and teasing of his peers.

Why? They needed his help.

More so, he learned his good grades earned him time to do what he pleased.

From these lessons, Sun derived a broader conclusion: A child who has control can take ownership over his or her learning. 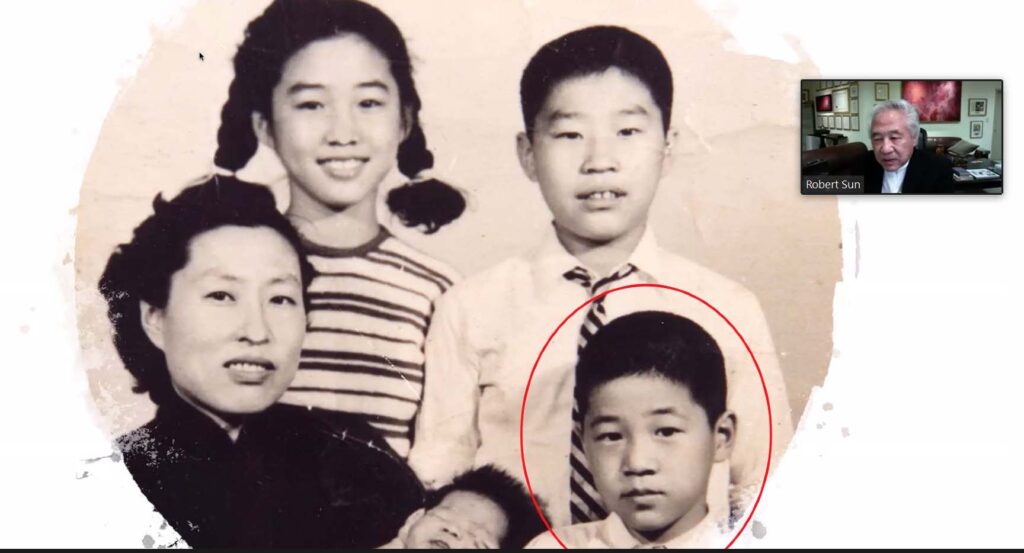 This realization has guided his thinking over decades as he launched and continues to lead Suntex International, the educational gaming company that oversees his mathematical games used in schools across the country.

Most kids have heard of First in Math.

Sun, an Easton resident, was invited by Rachel Hogan Carr, executive director of Easton’s Nurture Nature Center and instructor for the College’s Social Entrepreneurship course, to speak with students about how to make a social impact.

His products have transformed lives, like the young woman from inner city Philadelphia who rose to become a grand champion in the Math 24 game and graduated from MIT, or the students at Marvine School in the Bethlehem Area School District whose math test scores rose 33%.

Mikias Stewart ’23 praised the games and their impact during the Q&A, saying, “When I came to America, this was how I learned math and got to where I am today.”

Hearing such comments hopefully reminds Sun that he, in fact, is achieving his vision and legacy: to help 100 million children be fearless in mathematics, the tipping point that will forever alter how math is perceived and mastered.

Here are a few takeaways from his talk:

No excuses: Acting immediately creates motivation. When an idea appears as a point in space, turn it into reality by moving the point slightly. All the work you give an idea creates a greater area of interest.

Take action: When we take action, however slightly, we move our sphere of influence.

Engagement is continuous: Doing a task shows children that they can do it, which then makes them want to do it.

Stretch: When we have to catch the bus, we will run. So stretch what you think you can do.

Eliminate facts: When math becomes drill and kill, facts are memorized but not learned. Sun narrowed a large math table down to 16 facts that need to be learned.

Legacy: Have faith in the child. Engage him or her and then steer. It allows you to leave your fingerprints all over the world.