Not everyone would be as jazzed to calculate the discharge coefficient of a nozzle as much as Ken Parks. While he is a leader with a long track record of success at many companies, his first love is, and always will be, engineering.

The vice president of engineering and technology at Victaulic recently visited the College as part of an executive-in-residence program at the Dyer Center for Innovation and Entrepreneurship. Parks hosted one-on-one sessions with students, delivered a public talk at the Dyer Center, and afterward attended a dinner with a select group of students. 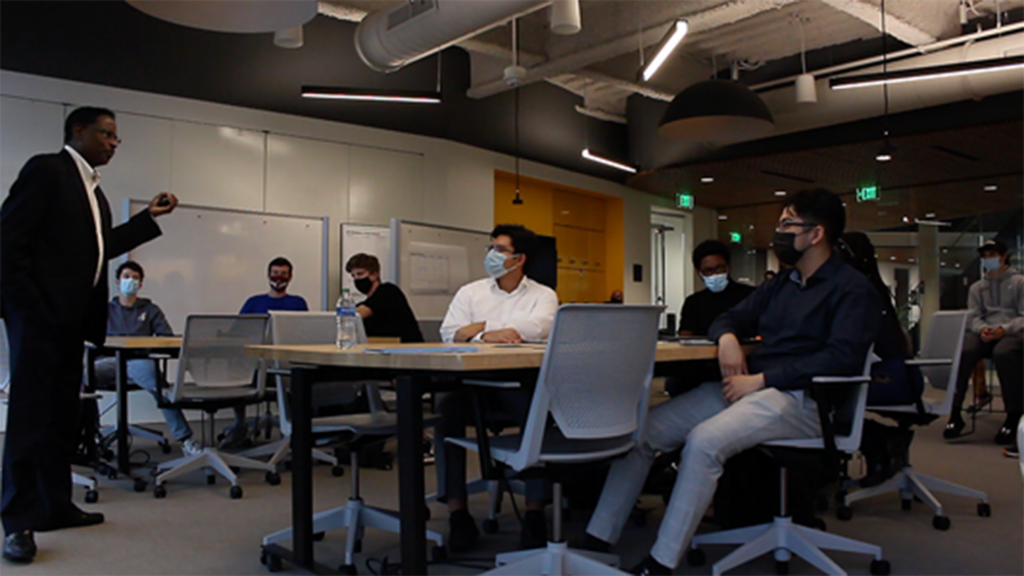 Ken Parks, vice president of engineering and technology at Victaulic, visited the College as part of an executive-in-residence program at the Dyer Center

Parks is a member of the Dyer Center Innovation Advisory Board. Yusuf Dahl, director of the Dyer Center, formed the board as a way to improve the professional development opportunities for students through a council of regional industry innovation leaders and companies.

“These are people and organizations that can help support the next generation of entrepreneurs and leaders through education, interdisciplinary projects, job placement, and career experiences that form a talent pipeline to retain the best and brightest,” says Dahl. “We pay particular interest to access opportunities for students of color in order to address the systemic barriers they face.”

Parks brought an impressive résumé and body of work having been employed at Pratt & Whitney, General Electric, Trane, Gates, and Victaulic, and moving from military to commercial products.

He holds more than a dozen patents and competition-sensitive designs. To prove that innovation can be found anywhere, if inclined to look, one design he didn’t patent, for the F-16 fighter jet, came from a modified clip he saw on an office chair.

“Innovation can be simple yet impactful,” he says. “Creating things no one else has—the drawings, calculations, and fabrication—is thrilling.”

That was one key message to students. Another was about leadership.

“Today, students seem focused on leadership,” he says. “In my day, it was wrongly assumed that a good engineer would make a good leader. Engineers can take the hardest job and do the most innovative stuff in order to gain visibility. But leaders aren’t born but made. Leaders motivate and inspire while working toward a goal. That’s different from managers who succeed based on administrative capabilities and engineers who succeed based on problem-solving.” 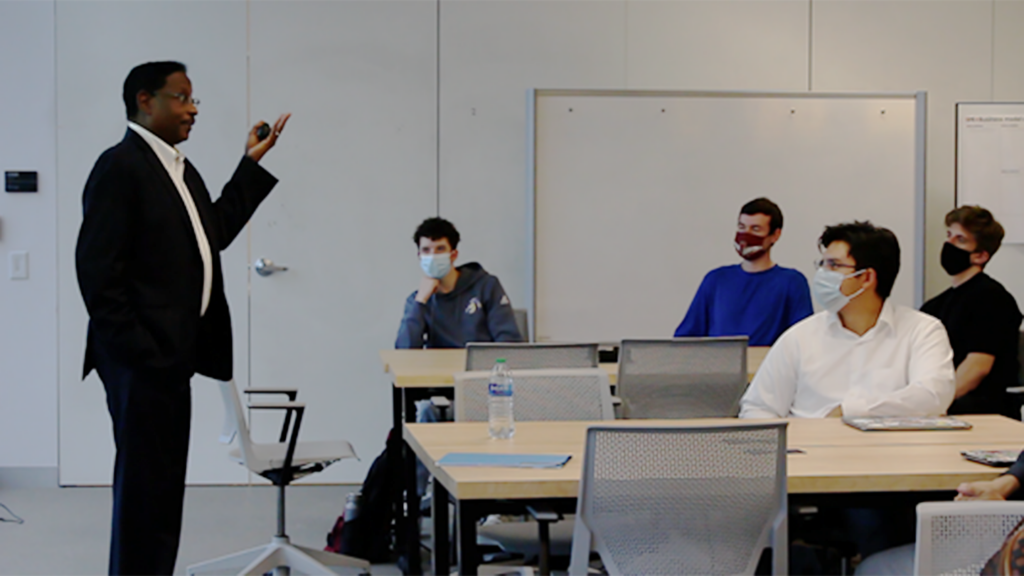 Students seemed to have heard the messages.

Danny Weispfenning ’25 recognizes that passion has to fuel the work.

“Parks turned down managerial roles so that he could keep doing what he loved: engineering,” he says. “I think a lot of engineering students kind of have this notion that after a few years they’re going to be done doing ‘the dirty work.’ Instead, learning to enjoy and be passionate about the ‘dirty work’ is a much more healthy mindset.”

“Why having executives speak and meet with you is valuable, as it reminds me of what matters,” he says. “College bombards you with work. There is always something to do—homework, tasks, and projects. Talks like this help me step back to remember why I am here and consider the bigger picture. It’s not just about placement and salary but joy.”

“Ken Parks has achieved a lot but also has a grounded character,” says Swetha Tadisina ’25. “His humility was amazing, and this helps us paint a picture for how we want to work and lead.”

“If anyone has bragging rights, it’s him,” says Moise. “But he isn’t prideful. He is a servant leader, working with his team and for his team, not the most important person in the room, but the one helping them do their best.”